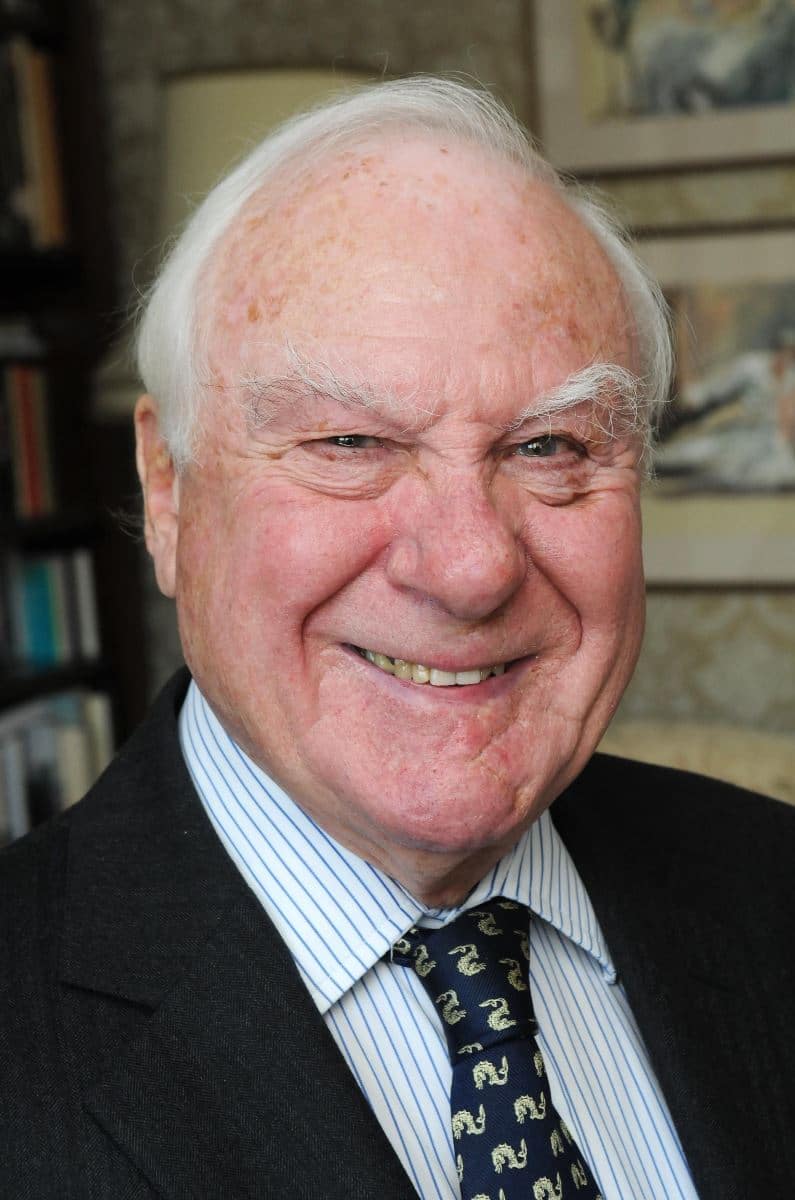 Christopher Benson has had a mixed career; firstly at sea aged 16 in both Merchant and Royal Navies. He played Rugby for the Royal Navy (Scotland) later for Salisbury and was a Worcestershire County Swimming Champion.

Following a near fatal car accident in 1953 he was “retired” from the Royal Navy and became an Agricultural Auctioneer and Valuer, settling in Salisbury in 1957 and marrying the then Councillor Jo Bundy, later Mayor of Salisbury and OBE, JP in 1960.

He was Principal of the Inns of Court School of Law, High Sheriff of Wiltshire, is a Deputy Lieutenant of Greater London, and is Patron or President of a number of National Charities relating to Youth, Education and Medical and Deaf Children’s Charities.

He holds Honorary Degrees from London City and Bradford Universities, is an Honorary Bencher of Middle Temple, an Honorary Fellow of Wolfson College Cambridge, Southampton University, The Royal College of Pathologists , The Chartered Institute of Building and Salisbury Rotary Club.

He is a qualified Fixed and Rotary Wing Air Pilot and has flown a Spitfire (under supervision)! 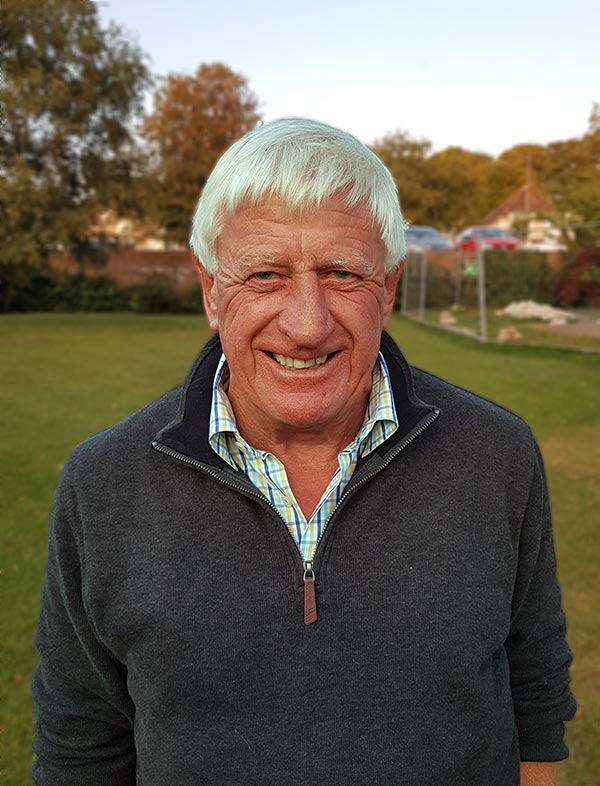 Chris came to Salisbury in 1985 as Assistant Land Agent for the Longford Estates, before taking over as sole Agent in 1990, a post he held for 25 years. He joined Salisbury Rugby Club in the very same year he arrived in the city and has been a member ever since as a player, minis and juniors coach, team manager and general admin. From 2011-2015 he held the position of President.

As part of recent fundraising efforts at the Rugby Club, Chris organised showings of the Secret Spitfires film. This inspired the idea of building a memorial not only to the pilots but to everyone involved in building the Spitfires secretly in Salisbury during WWII, and he is now spearheading the project.

Chris lives in Alderbury with wife Lindsey and spends his free time enjoying regular walking sessions with The Old Rumblers, volunteering with the Alzheimer’s Men’s Group at SRFC, attending the Old Men’s Pilates Group at Pure Health and Fitness, propping up his very own home bar and looking after the grandchildren. 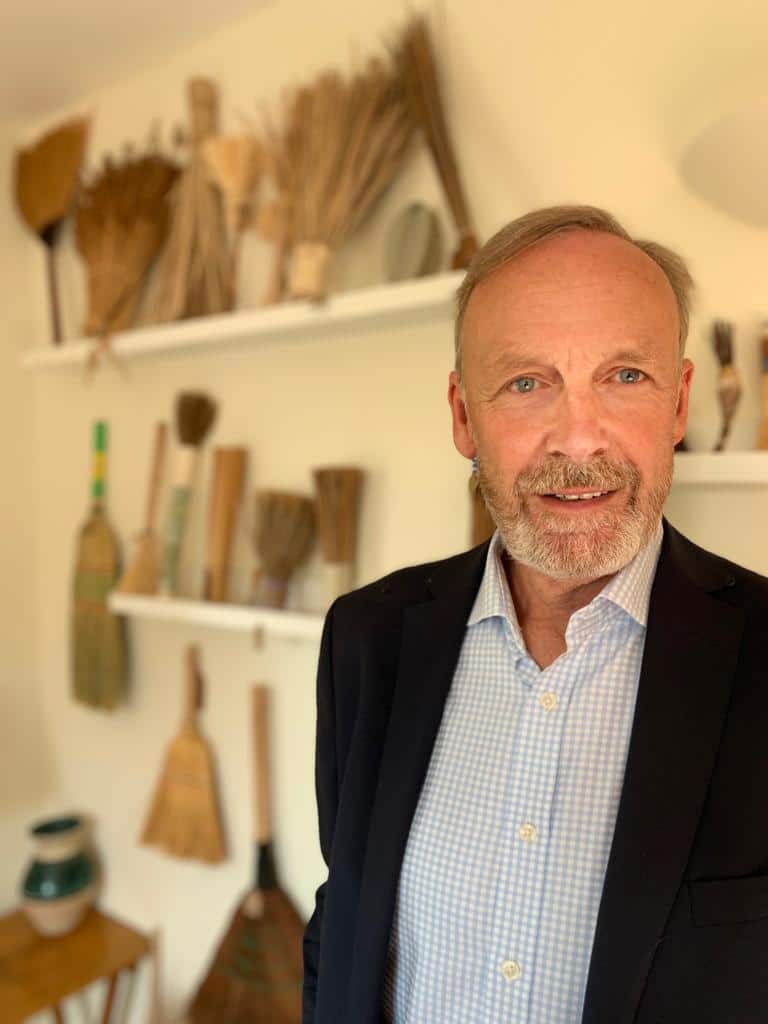 Stephen came to Salisbury in 1989 after a career in the City, and became a partner at Wilsons Solicitors in that year. He specialises in company and commercial work but also advises many charities and is a trustee of the Chalke Valley History Trust, which owns the Chalke Valley History Festival. He first became aware of the Secret Spitfire story when advising the director Ethem Cetintas on the making of his movie of the same name.

Stephen lives in Broad Chalke and when not at Wilsons spends his time painting, golfing, playing real tennis and running, while he still can. To prove an eccentric streak, he is also the owner of a carefully curated collection of ethnic brushes from all over the world, regularly added to by indulgent friends. 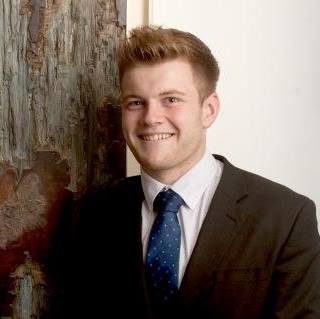 Josh has been a Salisbury resident his whole life, having been educated at Bishop Wordsworth School. He has recently become a Chartered Tax Adviser, having completed all of his exams.

Outside of work, Josh is a keen rugby player and has been since the age of six. He has risen through the age groups at Salisbury RFC and has been the current 1st XV captain since 2016. Away from the pitch Josh is a keen traveller and has followed England’s cricket team to both South Africa and Australia with his finacee Zita.

Josh has also assisted Chris and played an active role in the Project All Change fundraising at Salisbury RFC. This is on top of running 10 marathons in 10 days for the RFU injured players foundation in 2014.

Any cookies that may not be particularly necessary for the website to function and is used specifically to collect user personal data via analytics, ads, other embedded contents are termed as non-necessary cookies. It is mandatory to procure user consent prior to running these cookies on your website.

You have Successfully Subscribed!